This is a submission to Game Off 2020

View the submission page for this entry

A downloadable game for Windows

Retro-inspired 2D sidescrolling shooter / Metroidvania with 40+ areas. All assets created during the Jam. We plan to make a post Jam update to update this game.

We ran into a lot of unexpected personal and technical delays and could not start until later in the month. So what you see is the result of about 8 days of work.

This is a working prototype of the game. Everything is playable but there are some small parts missing.

We plan to make a post Jam update to update this game to how we planned it.

McWulffman Industries were researching dark matter on the moon as a potential source of energy. Their experiments triggered horrific transformations in some of them, including the company’s billionaire CEO Wiley McWulffman.

The player controls the “The Astronaut” who, along with their trusty shotgun “MoonShot”, must embark on a rescue mission to the moon.

“I have brought a seemingly endless supply of silver bullets...but do I need them?

Can I save these lost souls?  Or do I put them down like rabid mutts?

Either way, the cat’s out the bag.”

The player controls the “The Astronaut” who, along with their trusty shotgun “MoonShot”, must battle super werewolves, traps, and puzzles in his mission to rescue the trapped scientists in the lunar Research Station. 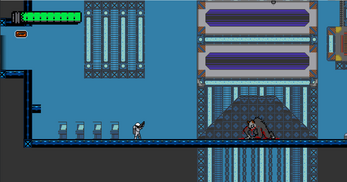 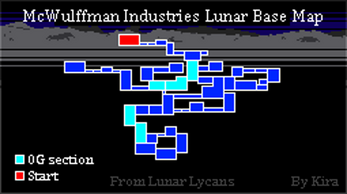